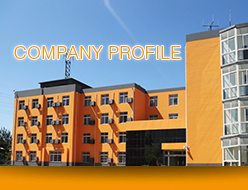 Mr. Chew Hua Seng is the Founder, Chairman and CEO of Raffles Education Corporation Limited (”RE”). Under his astute leadership. Mr Chew has led RafflesEducation to achieve an excellent track record of growth since founding the Group in 1990. The Group listed on the Singapore Exchange in 2002 and was ranked amongst the Top 200 Asia-Pacific companies on Forbes Asia’s “Best Under a Billion” list for four consecutive years, from 2006 to 2009. Mr Chew holds a Bachelor’s Degree in Business Administration from the National University of Singapore and was awarded the National University of Singapore Business School Eminent Business Alumni Award in November 2010 for his outstanding achievements. Mr Chew was also conferred the Public Service Medal in 2010 by the President of Singapore for his contribution to community service.

Mr. Liu, graduated from  University of Science and Technology Beijing  with an executive master of business administration degree. Mr. Liu is registered as an Engineer in the PRC, a qualified Valuer with  the China Appraisal Society , and a qualified  auditor accredited by the  National Audit Office of the PRC.

Mr. Lee,  graduated from National University of Malaysia with a bachelor degree in Accountancy and is a member of Malaysian Institute of Chartered Accountants with 20 years’ working experience in the fields of finance and accounting.